A Life or Health Decision 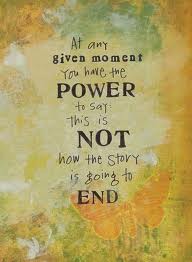 I can’t even count the number of people who’ve told me, “I just can’t seem to lose weight,” “I’ll never get this nutrition thing right,” or “I’m destined to be fat my whole life.”  Some people let life happen to them, never seek out information or support, and resign themselves to a life of “I can’t.” The truth of the matter is anyone can change. You won’t change your entire persona or character because that gets formed early in life, but I know without a doubt that you can make a profound change.

Don’t believe me? Something that took place in my own life completely shifted the way I view one’s ability to make a dramatic, jaw-dropping change. What I have to share with you is very personal. It’s not something I wear on my sleeve, and I’m not looking for sympathy. I just want to show you how I learned that anyone can change. It can happen over time, or it can happen in a heartbeat, but it can happen if you want it to.

Most of my life my dad suffered from alcoholism. He was kind of one of those fathers who was in the home but missing. He was there physically but was completely off the radar emotionally.  My childhood memories of him are still very clear: he’d drink, become almost a different person, create total chaos at home, and he ruined quite a few holidays over the years.  He was a good provider and never missed a day of work, but we all know that’s not quite enough.

My father tried to quit drinking many times. He’d proclaim that he was quitting — and we all wanted to believe him — but several days later, the bottle would inevitably call him back.

Years passed, and then one day in his 60s he just woke up…he just quit. He quit drinking, and he never drank again. That very day he sought out support from a local hospital’s program for alcoholism, and he agreed to participate in a study that included weekly counseling therapy from a psychiatrist. He also agreed to keep a journal.  If you knew my dad, the thought of him going for therapy or keeping a journal would almost seem surreal.  But a switch had turned on, and it would never turn off again.

I once asked him what made him quit, he told me that he didn’t want to die that way.  But as he embraced each new day, I saw that “I don’t want to die that way” evolve into “I love my new life. I love living this way.” Eight years later he died from complications related to prostate cancer. But the last eight years of his life were lived in great happiness as he reveled in his own self empowerment.

I remember going through some of his things after he died, and I found his journal. He wrote in it often and one of the passages I found was this, “I am grateful and very, very happy that I now have a relationship with Raphie.” That’s what he called me – Raphie.  That, to this day, is the most profound thing I’ve ever read.

I saw someone very significant in my life make a dramatic change, one that I never thought possible. But he did it. One day, something just clicked.  Something turned on, and we became much closer after that.  This is what I know can happen for you, too, but it can only happen when you really want it to, when you really want it deep in your gut.  Just like my dad discovered, you’ll renew relationships that may have suffered or drifted as your weight stood in the way. Who are you missing? What does your weight keep you from? Maybe it’s having enough energy to play with your kids or your grandkids? A new job? Your husband or your wife?

Today, February 20, is the anniversary of my dad’s death. Life is short. Don’t miss your chance to make a change.

6 Comments to "A Life or Health Decision"