A Muscle Head Trusting the Process

When my mom was battling cancer, I decided to shift gears from bodybuilding and give powerlifting a try. I knew that getting stronger physically was going to be my attempt to feel stronger emotionally. I was in caretaker burnout land and I needed something to grasp onto. Something for me.

Based on a recommendation from a close friend (who’s also a nationally ranked powerlifter), I decided to hire a coach.

This was a big test for me. Although I had trust in my friend, I still had to put my trust in the coach. Not that I would just blindly do whatever the program called for, but the trust factor had to be there, otherwise I would question everything he recommended, and that would be a path to failure.

I had my moments along the way at the start, but when I decided to simply trust the process, my progress accelerated and I was getting stronger across the board!

I never competed in the powerlifting event because my mom died and the emotional healing process that follows requires no explanation.

Now, nine months later, I’ve returned to what I love doing – competing in bodybuilding.  I’ll be competing in July at the NPC Masters Nationals bodybuilding championships. I decided I didn’t want to handle the nutrition aspect of my contest prep because I just don’t enjoy doing it myself.  I’ve always hired a coach for this and I usually use the same one each time. But this time, for a lot of reasons, I decided to hire someone new.

Once again, I was given a coach recommendation from a bodybuilder who I have tremendous respect for.  I researched the coach and examined photos of competitors he’s worked with — and then made the leap. 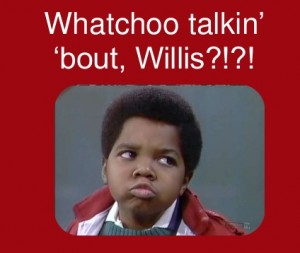 After we started working together I quickly realized his methods were different than what I have been accustomed to. Among other things, I’ve always just used macro recommendations to track my nutrition, and his set meal plan (designed specifically for me) was an extremely significant change for me. I’m also eating more food than ever during pre-contest – – A LOT more carbs, and dare I say….less protein. Whaaat?! What’s going on here?!

I’m now into week 4 of the program. The first few weeks I was mentally questioning things he was recommending, even though I knew that he has produced exceptional competitors. Why? Because it was such a different experience for me – it pushed me out of my own comfort zone and forced me to try something new.

But, to continually question his strategy would sabotage the program and my efforts. I wouldn’t be in a state of focus, and I wouldn’t be believing in what I was doing.

Did I just come to that realization along the way? Umm…not really. My wife Pam gave me the wakeup call. She told me to put trust in the process, just as I ask from my own clients. Ding ding! What if every client was to do that to me? Question everything and drive them and me crazy in the process? I knew what I had to do… 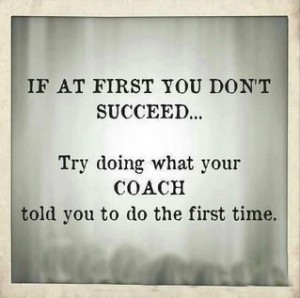 When you hire someone to lose fat, get fit or anything related to putting yourself out there, you have to put your trust into their recommendations. I’m not saying you shouldn’t think or that it shouldn’t be a collaborative process, but there comes a point when you have to just trust.

As I’m learning first hand, we get trapped in patterns and strong beliefs/opinions about how something should work, or how we’ve always done something –  even when those patterns aren’t as effective as we would hope for. We get stuck in them because they make us comfortable – change is hard.

There are no guarantees though. Just like any relationship, there’s always some level of risk when you put your trust in another person. But just like any other kind of relationship, when you do – you can achieve things you didn’t think possible, and learn new things along the way.

I’ve had clients who were hesitant to try a workout recommendation I gave them,  a calorie recommendation, or even a recommended new style of eating. I completely get that hesitation, especially when the first recommendation doesn’t always work and when your relationship with your coach is new – sometimes it just takes time to pinpoint a solution. That’s when it’s time, like I’m doing right now, to sit back, make the leap and trust in the process. I know from my own experiences with my own clients that that’s when the magic happens.

4 Comments to "A Muscle Head Trusting the Process"