HOMEMotivationPreconceived Notions: You Versus You

Preconceived Notions: You Versus You

Speaking of the number 58, that’s the age I turned on August 10. My wife, Pam, being the ever mindful listener and all around awesome woman that she is, bought me a surprise of four fencing lessons.  A chance to do something on my Bucket List!

One of the things I learned about fencing is that a beginner should not have preconceived notions about what to expect.  The instructor made that clear at the start. That sounded good to me.  Plus, this allowed me to be the student, not the teacher. And to listen, learn and apply with no preconceived notions. 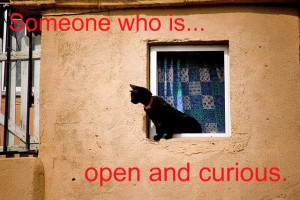 During a short break I was talking to some of the other students when one of them told another that he would have an advantage due to his long reach (he’s very tall). The most experienced of the group spoke up and told us all to be cautious with those kinds of comments…

“You have to be careful with assumptions like that” she said. “Take me for instance; I recently beat an opponent in a tournament that was taller and more experienced than me.  They should have beaten me, but they didn’t because I was smarter. It even makes me think of when I first started. I never thought I’d be able to fence because I’m overweight.”

Whoa! What tremendous power in the statement she just made.  We’re always caught up in how we aren’t good enough, how we don’t measure up, how we can’t possibly do something because of what we perceive as “impossible.” We drown ourselves in can’t because of all those preconceived notions we have about ourselves and our abilities.

You can experience some breathtaking success if you step out of your head and preconceived notions about what or who you are and what you can accomplish – things you thought you’d never be able to do.

I remember when I entered high school and I tried out for the freshman football team. I was the shortest kid and I probably weighed the least too. I knew I was athletic but I believed I wouldn’t make the team because of my height. After try outs, which lasted about a week, the head coach said he was going to put up a roster of the kids who made the team and practice was to start that day.

I told my mother I would be home early that day because I didn’t expect to make the team.

I’ll never forget seeing my name on that roster and that feeling of shock and joy.

What have you not done because you’ve made some assumptions about whether you can or can’t achieve it? Or better, what have you done DESPITE those beliefs?

No Comments to "Preconceived Notions: You Versus You"