Wait, what?! Me, who prides himself on being honest and on having the utmost integrity, being accused of hiding out? Being dishonest?

Sometimes it pays just to listen. Here’s what he had to say: 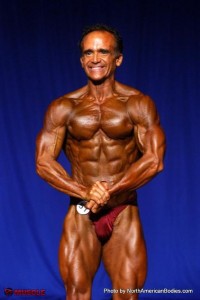 bodybuilding contest and that I won.  He said some don’t even know that bodybuilding is one of my passions. Then, with machine gun-like fire, he said that I never discuss how bodybuilding has brought me to the point in my life where I can help others achieve their goals and that I never write about how, as a bodybuilder, I’ve experimented with a gazillion diets just to see how they would impact my body, all in the hopes of finding solutions for my clients and me. He said that I should share what I do in the most difficult moments when all I want to do is eat to forget my stress.  Scot (who is a physician)  said that what I’ve been able to accomplish with my physique as a 55-year old man is remarkable and that people need to know more about why I do what I do, and what I’ve learned that can help you.

It all made sense when he said it, and it just felt like the right thing to discuss here. But then my doubts surfaced. What about the woman who needs to lose 75 pounds? Who’s never exercised a day in her life and who has failed every time she started a nutrition plan? I just didn’t see it as possible that she would possibly relate to me. I just didn’t think she would say “This is the guy I want to learn from and I know he can help me.”

Then Scot said that it would be a challenge. It wouldn’t be easy. But I had to be honest and share the truth, just as one would in any healthy relationship. After all, I’m not expecting anyone who reads my blog to become a bodybuilder, and I wouldn’t expect anyone to practice discipline the way I do when preparing for a bodybuilding show.

Then I realized that maybe she could learn something from me. Maybe she might begin to get a glimpse of how I remain motivated or how I elevate my motivation when I would rather shut that alarm clock off in the morning instead of going to the gym.  And yes, it really does happen to me, too.

I don’t know if that woman will choose to learn from me, but I do know that I have something to share and to teach her. It’s more than just about workouts, and it’s a lot more than just about nutrition. It has to do with how I process thoughts and how that translates to positive habits; how I trained my mind to connect with how good it feels to lose fat, to increase energy, to become stronger and build muscle.

One of my online clients, Rashmi, would agree with this, based on her 40-pound loss, struggles, ups and downs, building of habits and daily email exchanges with me.  She still has 25 to go, but she knows a lot now and part of it has been what I’ve been able to share with her concerning mental and emotional discipline based on my bodybuilding background.

So for now I’m just going to post a photo of my bodybuilding show on Nov 17, 2012, tell you that I won the lightweight class at The NPC Florida Gold Cup, and leave you with the fact that I’m going to have more to share, more to give and hopefully some of it will help you in ways you never thought possible.

2 Comments to "Show and Tell…the Truth"