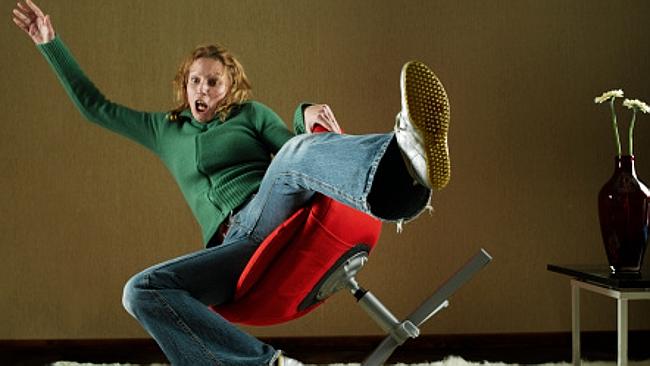 We All Fall Down

In the second round of the fight, Frazier, the undefeated champion, was knocked to the canvas with a brutal punch from Foreman.  It was shocking to see the champion get knocked down. That’s when Cosell yelled out his infamous words.  I was 15 years old but I remember the fight like it happened yesterday.

Cosell’s words hit close to home with me on Sunday, but this time I could hear “Down goes Raphael!” 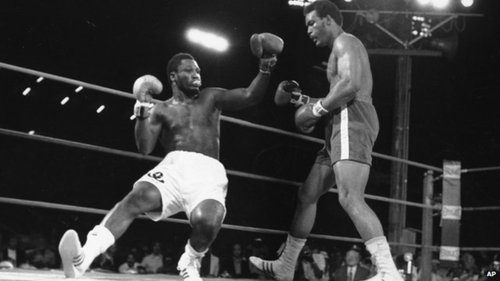 Here’s what happened. It was early Sunday morning and I was standing in the kitchen.  Pam and I were going out for breakfast and headed to the beach. I was wearing flip flops, which I never wear unless I’m going to the beach.

We were having a conversation and I started to walk backward before turning, but then felt our dog Lenny right behind my leg, and he wasn’t moving. This all happened VERY quickly. As I tried to twist and maneuver to avoid falling on him or stepping on him, I lost my balance because of the flip flops and was unable to avoid a nasty fall.

I tried to grab onto a sconce on the wall but ripped that right off as I fell on the hard floor, and the sconce ended up falling on my left shin and cut my leg with a fairly good gash. It was a hard fall. The kind that shocks the hell out of you. The kind that makes you scared and angry. I fell on the right side of my body directly on my right glute.

I got up totally annoyed and was dropping F-Bombs about what just happened. Something like WTF just happened!? And when I get mad it’s not a pretty sight. I wasn’t saying these things to Pam because she nor Lenny did anything wrong. She couldn’t and wouldn’t have been able to catch me, and Lenny, well Lenny’s just a dog doing his thing.

I was concerned because these kinds of falls can cause immediate trouble or react in a few days. I had just missed falling on my hip and that would have been very bad.

I did feel some pain in the right glute and iced it for a few days and I iced the right hip as well just in case.

In retrospect, I know I had two things going for me. I didn’t land directly on a bone, and my fitness level helped me to a great degree to sustain the fall.  And that’s one of the marvelous things about being fit. It’s not just about walking around looking good or lifting heavy or having a ripped and muscular physique.

We tend to forget that fitness gives us more than the above. It gives us energy, mobility, flexibility, muscles, and a body that can sustain (in this case my glute muscles) certain things in life. It can help make you fit to survive a lot of what life can throw at you. I’m glad that it’s a passion in my life. And, I was certainly glad of it on Sunday.

No Comments to "We All Fall Down"